Maribor Edvard Rusjan Airport offers line maintenance for stored aircrafts. We are collaborating with a Slovenian MRO - Aero4M that provides line maintenance parking/storage on ATR, Embraer, CRJ and A320 family (other aircraft types are possible upon request through their contractor network).

For details, please feel free to reach out to:

From August 16th 2021 on, all passengers entering Slovenia via air (all flights, including private ones) or by sea (cruise ships only) are required to complete a digital Passenger Locator Form, prior to entering the country.

This is a form that makes it easier to track contacts in cases where passengers are exposed to an infectious disease during their journey. The information provided by passengers can be used by public health authorities to quickly contact passengers and their contacts in order to prevent the further spread of the disease and to protect their health. The website https://app.euplf.eu is a single entry point for the collection of electronic PLF forms (Passenger Locator Form), and at the same time enables easier and faster collection and exchange of data between EU Member States, making contact tracing more efficient and effective.

Maribor Edvard Rusjan Airport (Slovene: Letališče Edvarda Rusjana Maribor) (IATA: MBX, ICAO: LJMB) is an international airport in Maribor, Slovenia. The second biggest and second most important Slovenian airport, it is the only other airport besides the airport in Ljubljana suitable for international commercial aviation, equipped with ILS.

In 2008 it was renamed Maribor Edvard Rusjan Airport as a tribute to aviator and airplane designer – pioneer of aviation - Edvard Rusjan.

DRI upravljanje investicij, d. o. o. is temporarily carrying out the services of operating the Maribor Edvard Rusjan Airport on the basis of a contract concluded with the Ministry of Infrastructure of the Republic of Slovenia.

The airport is currently mostly used by flight schools for training purposes. 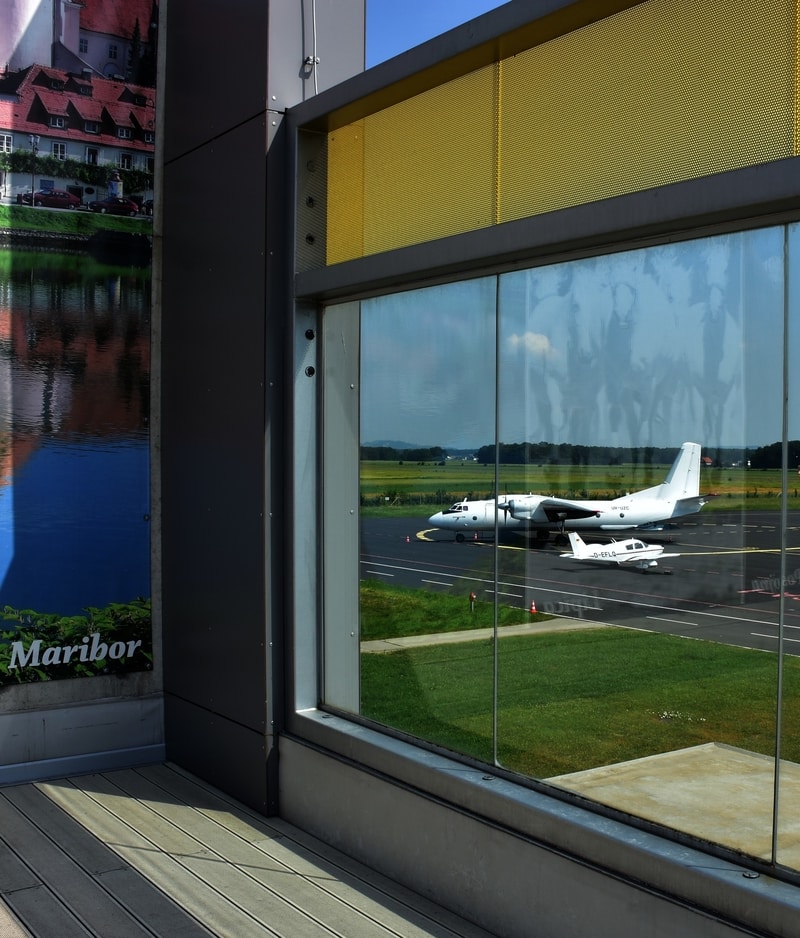 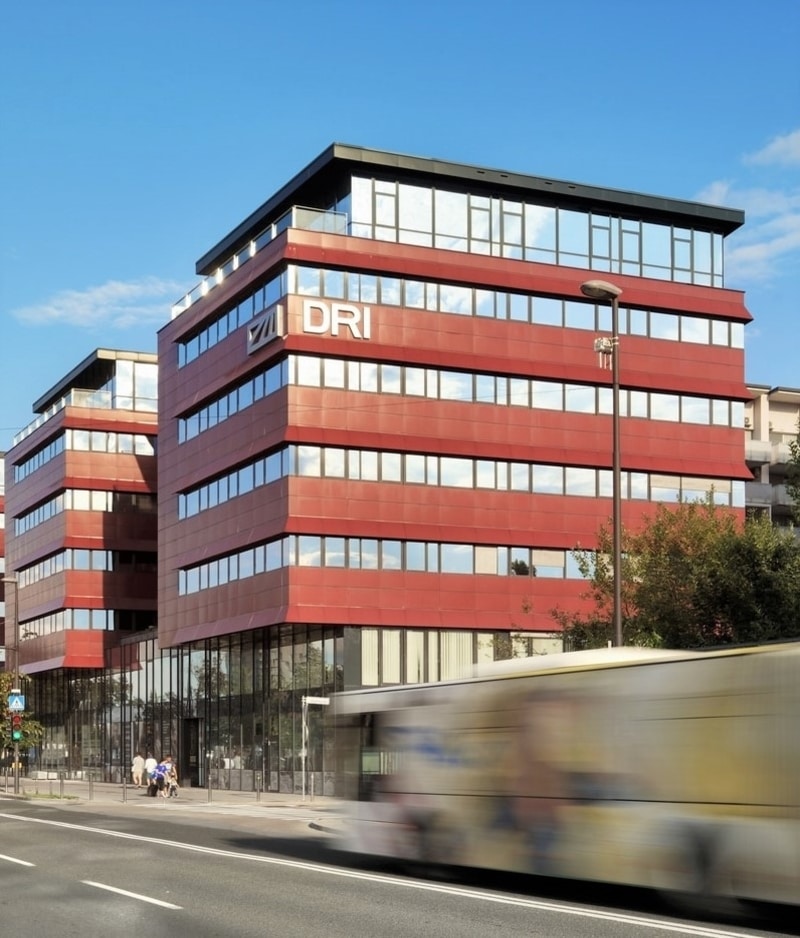 DRI upravljanje investicij, d. o. o. is temporarily carrying out the services of operating the Maribor Edvard Rusjan Airport on the basis of a contract concluded with the Ministry of Infrastructure of the Republic of Slovenia. 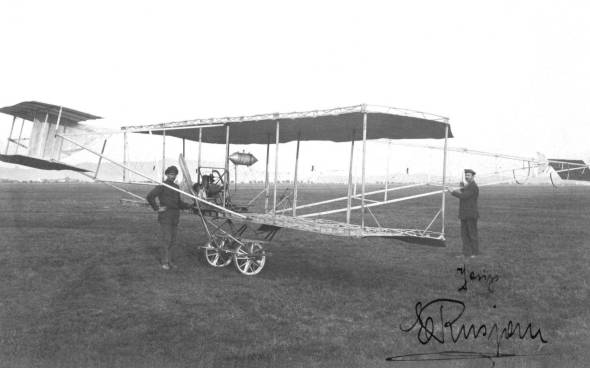 Edvard Rusjan, aviator and airplane designer, was born on 6 June 1886 in Trieste to his father Franz who was a cooper and his mother Grazia Garbas of Friuli. In 1890, the family moved to Renče, and later to Gorizia. In Trieste and Gorizia he attended elementary and public school as well as evening trade course. He was more interested in mechanics than his father’s barrel making, which he was learning at home. He started cycling and as a member of the Gorizia cycling team participated in several races in Zagreb, Klagenfurt, Graz and various parts of Italy on a racing bicycle he had made himself. He became acquainted with the first concepts of aviation from reading the newspaper and began modelling in 1905. In 1909, following his own idea, he created a model of a plane of normal size, installed a gasoline engine and made initial lift-off from the ground. In order learn more about the construction of aircrafts and flight technique, he got in touch with the Italian engineer and motorcycle producer Müller and impressed him with his 4-cylinder lightweight aircraft engine (La Gazetta dello Sport 1909). On 8 September 1909, he watched the aircraft races in Brescia, got acquainted with Blériot and the many forms of aircraft. Müller helped him get the proper engine (anzani), so he built this into his new plane, which he made with his brother's help. With Edo I – the name he gave his biplane – he achieved his first take-off at Velike Rojce near Gorizia on 25 November 1909.

On 6 December, during a drill in front of huge crowds, his aircraft crashed during landing, but the engine remained undamaged. With the support of his friends, he managed to build an improved "Edo II" biplane by 13 February 1910. He succeeded in flying it 20 m high and a distance of 1 km from Velike Rojce on 27 March. Zagreb sportsman and entrepreneur Mihajl Merćep assisted him in visiting the world exhibition of aircrafts in Paris and in purchasing a more powerful engine (gnome). Edvard then moved to Zagreb, and on 12 November he finished construction of a new monoplane. With it, he took off after only 28 m. At the public presentation on 26 December 1910 in Zagreb he achieved a real triumph: flying about 100 meters high and 10 minutes of flight time. With Merćep, he started a tour of the Balkans, but upon their very first presentation on 8 January 1911 in Belgrade, a strong wind thrust the plane into the walls of Kalemegdan fortress, and Edvard Rusjan died on the way to the hospital due to injuries sustained from the crash. The next day, acclaimed writer Branislav Nušić spoke at his magnificent funeral. With his great innovative mind, hard work and extremely strong will, Edvard Rusjan as a pioneer of Slovenian and Yugoslav aviation achieved great success for his time and contributed to the broader progress of aviation. Unfortunately, apart from numerous newspaper publications, documentation about his constructions and achievements has been lost. 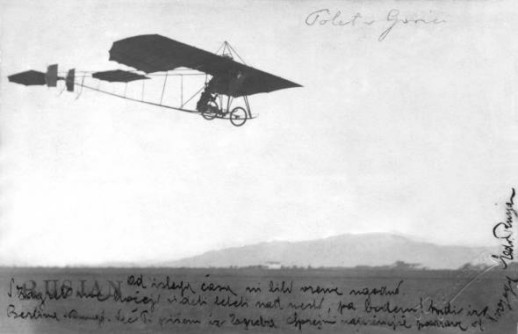